AA Clifton Ltd is a fourth generation farm located in the south east of England, widely known as the garden of England; Kent is one of the most beautiful counties in Britain. The Clifton family founded the farm in 1903 in Lincolnshire, Just after the war in 1948 Alan Clifton made the farm a limited company and started to make the company stride forward, buying his first farm on the Romney Marsh Kent, firstly he drained the marsh land allowing him to grow bulbs and potatoes with some sheep.

In 1956 AAC was due for more bold steps in business when Alan Clifton invested in Southern Ireland rearing beef to bring to back to England also growing bulbs and wheat. With an offer he couldn’t refuse, in 1971 he sold the farm but immediately purchased another farm in Cornwall.

Unfortunately, Alan Clifton died in 1977 and, the following year, the farm in Cornwall was sold. However, more land was bought in Kent, leaving AA Clifton Ltd with land in Lincolnshire and Kent. Over the next 30 years these farms continued to expand.

The Working farm remains a key part of the business but there has also been a diversification into residential / commercial lettings and storage with a public weighbridge. AA Clifton Ltd is very conscious of green energy, this has led to the creation of a windfarm and solar farm. 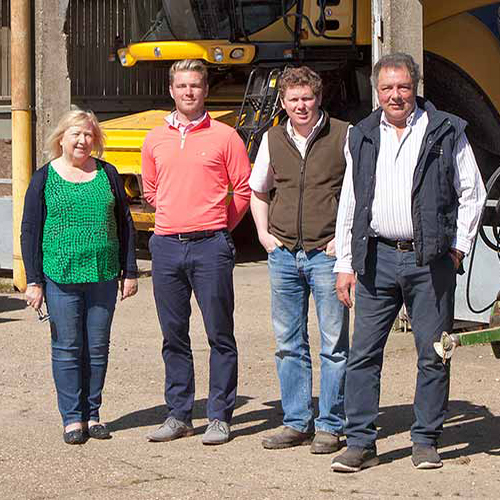